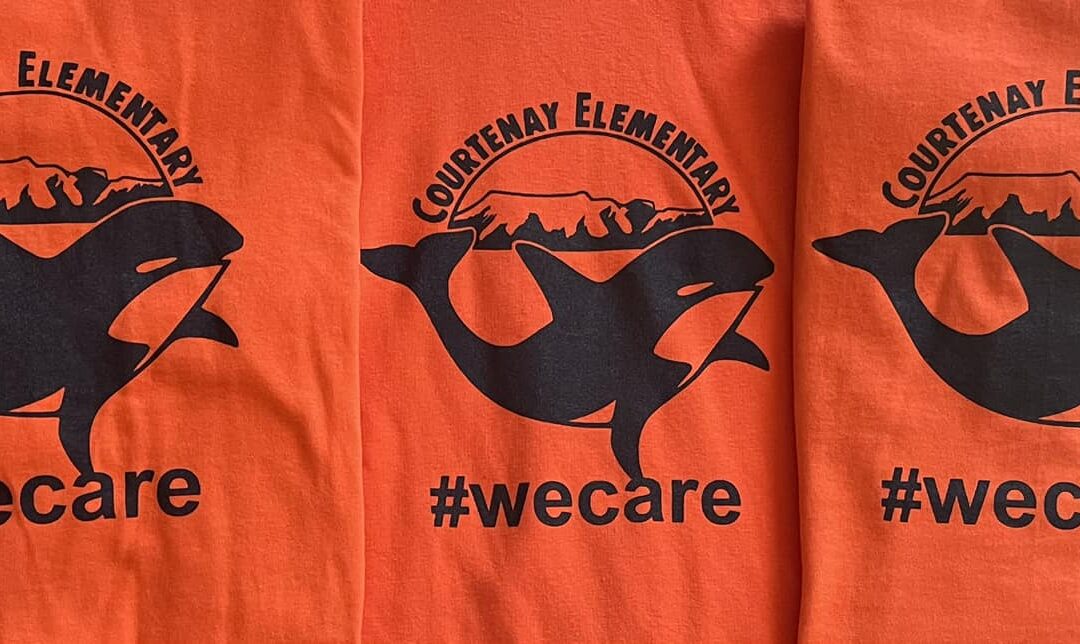 Executive director of the Courtenay Elementary Community School Society, Shawn Thir, met with Emily Kallio-Hufnagel, who is in charge of the Helping Hands program at Wachiay Friendship Centre, to present a $500 cheque for the program.

In September, CECSS offered orange T-shirts and hoodies to the Courtenay Elementary School community in advance of Orange Shirt Day. Consulting with the school’s PAC, Indigenous support worker, and elder, the society came up with a simple design for the T-shirts and hoodies. Thanks to their popularity, they were able to raise $500.

After further discussion, it was clear that the proceeds of the sales had to go to a local cause. In the spirit of truth and reconciliation, CECSS decided to make a donation to our neighbours at Wachiay Friendship Centre. Wachiay has close ties to Courtenay Elementary having helped build and maintain the school’s garden in addition to their involvement in other school programs. Given the generous help we have received from donors and organizations like the Comox Valley Food Bank for the school’s meal program , we chose the Helping Hands program as a way to support them in fighting food insecurity.

“We help anywhere up to 35 people a day with food or anything else they may need,” says Emily Kallio-Hufnagel, who has the most excellent title of Director of First Impressions.

“It seems like prices at the supermarket keep going up every week,” says Shawn Thir. “It’s something everyone is talking about. Courtenay Elementary has received a lot of support from the community, so we wanted to return the favor.”

It also appears that CECSS has other plans in the works.

“I had no idea whether the orange shirts with the school logo would sell. It turned out they were extremely popular. I even received a few inquiries on social media from the general public. PAC and I thought wouldn’t it be great if we had an Indigenous artist create a design for us and we used that to offer T-shirts and hoodies to the school community and the general public? We all looked at each other and knew that was the direction we should be heading,” Thir adds.